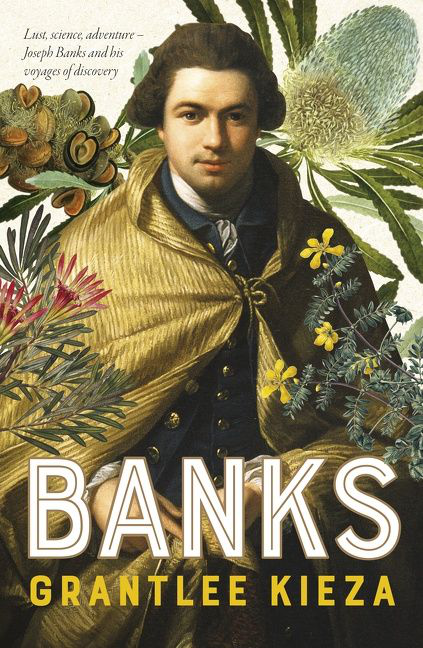 Lust, science, adventure -- Joseph Banks and his voyages of discovery

Sir Joseph Banks was a man of passion whose influence spanned the globe. A fearless adventurer, his fascination with beautiful women was only trumped by his obsession with the natural world and his lust for scientific knowledge.

Fabulously wealthy, Banks was the driving force behind monumental voyages and scientific discoveries in Australia, New Zealand, the South Pacific, Europe, North America, South America, Asia, Africa and the Arctic. In 1768, as a galivanting young playboy, he joined Captain James Cook's Endeavour expedition to the South Pacific. Financing his own team of scientists and artists, Banks battled high seas, hailstorms, treacherous coral reefs and hostile locals to expand the world's knowledge of life on distant shores. He returned with thousands of specimens of plants and animals, generating enormous interest in Europe, while the racy accounts of his amorous adventures in Tahiti made him one of the most famous and notorious men in England.

As the longest-serving president of Britain's Royal Society, Banks was perhaps the most important man in the scientific world for more than half a century. It was Banks, one of the first Europeans to set foot on Australia's east coast, who advised Britain to establish a remote penal settlement and strategic base at Botany Bay, and he eventually became the foremost expert on everything Australian. Early governors in the colony answered to him as he set about unleashing Australia's vast potential in agriculture and minerals. For decades, major British voyages of exploration around the globe only sailed with his backing.

By award-winning bestselling writer Grantlee Kieza, Banks is a rich and rollicking biography of one of the most colourful and intriguing characters in the history of exploration.